Join me, Sherri Snyder, as I don my seamed stockings and paint on my bee-stung lips to portray Barbara La Marr in a one-woman performance piece that I wrote about her extraordinary, oftentimes scandalous life.  (I adapted the piece from the Barbara La Marr performance I did for the Pasadena Playhouse and Pasadena Museum of History production, Channeling Hollywood, a play centering on the life stories of five famous figures [each actor wrote their own character’s part].)  Upcoming performances include:

*Sunday, October 8, 2017, at the Homestead Museum’s annual Ticket to the Twenties festival – My performance takes place upon the museum’s lawn stage and begins at 3 p.m.  Following the performance, I will lecture about Barbara’s commendable career and contribution to cinematic history.  The entire festival is FREE to attend and features silent film, vintage jazz, dancing, performers, and more!  For additional information, click here. 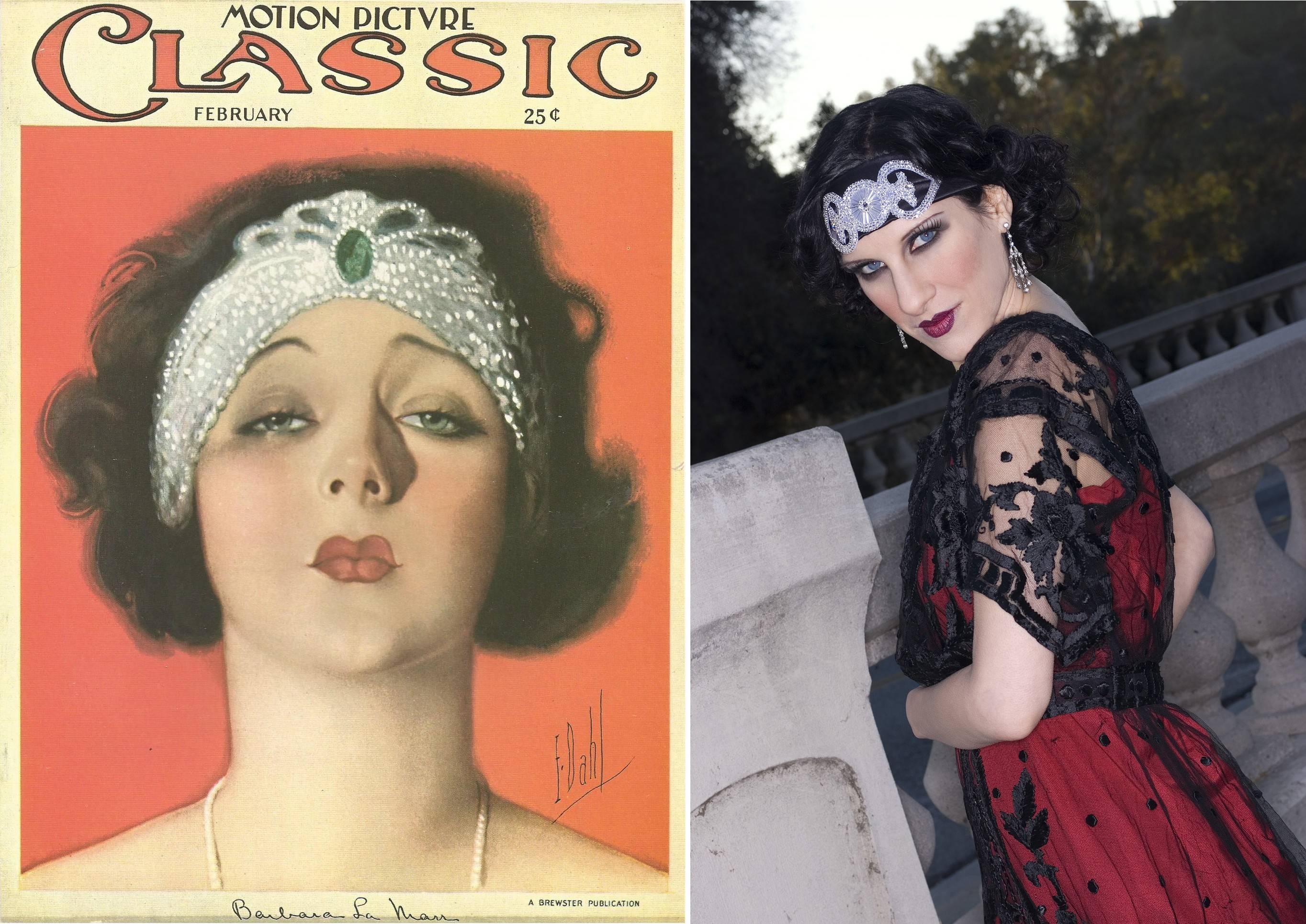 (Photo: Barbara La Marr [left] and me as Barbara [right].)

I recently had the pleasure of being interviewed about Barbara and my soon-to-be released (December 2017) biography, Barbara La Marr: The Girl Who Was Too Beautiful for Hollywood, by Jim Junot, host of The Junot Files, an online show featuring Jim’s conversations with authors, artists, and celebrities.  Listen to the interview here.

(Barbara La Marr: The Girl Who Was Too Beautiful for Hollywood is available for pre-order on Amazon and the University Press of Kentucky website.)