Sherri is an actress, a writer, and the author of Barbara La Marr: The Girl Who Was Too Beautiful for Hollywood.  She may be contacted via the form below.

I first heard the name Barbara La Marr from Karie Bible, a film historian and author with whom I became friends when we were both modeling for a vintage fashions designer.  Karie contacted me one morning in July 2007 about an opportunity I couldn’t refuse.  The Pasadena Playhouse and Pasadena Museum of History were casting a production called Channeling Hollywood, a play involving the life stories of five Hollywood notables.  One of the producers had asked her if she knew an actress and writer who could portray silent screen star Barbara La Marr—“A fascinating woman,” she told me, “who led a short, stormy, amazing life.”  The producers wanted someone who could both play Barbara and write her own part (each actor’s part would then be woven together to form the play).  Karie explained that she had given them my name and they would be contacting me to schedule an audition.

I immediately began researching Barbara and discovered how right Karie was.  Barbara La Marr was indeed an incredible, multi-talented woman, often tortured by great adversity.  What touched me most, beyond Barbara’s frailties and the tragic elements of her life, was the underlying strength and determination she possessed.  I wrote my audition piece as quickly as I could, hurriedly choreographing the dance sequence the producers had also requested.  A mere day and a half later, I stood, anxiously, before the director and producers and performed them both.

What followed was a journey beyond anything I could have imagined.  First, I won the part.  Then I was put in touch with Barbara’s only child, her son, Donald Gallery. Only three years old when Barbara died, Don was a welcome help to me as I researched Barbara’s life in greater depth and began writing my performance.  I was thrilled when Don told me he would be flying to California from his home in Puerto Vallarta to see the play and I looked forward to meeting him.  Our first face to face encounter occurred while I was onstage during the play’s final performance.  I hadn’t meant to look at him in that moment.  (I was nervous about him being in the audience that night and was deliberately trying not to look at him.)  I raised my face toward the audience and there he was—dead center in the front row—a handsome, distinguished gentleman in a blue suit.  He was wiping tears from his eyes.

Don paid me a kind compliment a short while later when he commented, “I was amazed and thrilled to see this very beautiful and talented young woman step back in time to recapture the tempestuous life of my mother during the silent days of Hollywood.”  Shortly thereafter, his lovely wife, Patricia, added, “Don said he really feels the essence of his mother in your words, movements, and smile.”

In the ensuing years, Don became one of my dearest friends (he jokingly called me his surrogate mother) and my intensive research on Barbara continued.  Don gave his blessing when people who saw the play suggested I write an entire script about Barbara’s life.  I also wrote a one-woman performance piece that I’ve regularly presented in various venues, including at Hollywood’s Egyptian Theatre, the Shakespeare Club in Pasadena, and Hollywood Forever.  (I post upcoming performances in the blog section of this site.)  The most unexpected honor, however, came when Don asked me to write Barbara’s biography.  My book, Barbara La Marr: The Girl Who Was Too Beautiful for Hollywood, was published by the University Press of Kentucky and is available on Amazon, Barnes & Noble, and the University Press of Kentucky website.  Don’s passing in 2014 at the age of ninety-two prevented him from reading the book in its entirety, but to the end he remained passionate about his mother’s remarkable story being told.  When I completed the book, Patricia was the first person I called.  “I know if Don were still with us he would be so thrilled to hear this,” she told me.  “He would be crying right now. You made his dream come true.”

Working on Barbara’s life story as both an actress and biographer has been, for me, nothing short of a dream come true.  I received two of the greatest compliments of my life not long after I sent Don and Patricia a stack of completed chapters from the book.  “You have brought Barbara back to life for me,” Don said.  Patricia soon wrote in one of their e-mails to me, “Don feels a peace inside him that he has never had before about his mother and how she felt about him.  Thank you for giving this to him.”  The gratitude is all mine.

It is with great joy that I share the life story of such an amazing woman as Barbara La Marr.

(To schedule an event involving a presentation of my one-woman, self-authored Barbara La Marr performance, a lecture, and a book signing of my biography, Barbara La Marr: The Girl Who Was Too Beautiful for Hollywood, inquire below.) 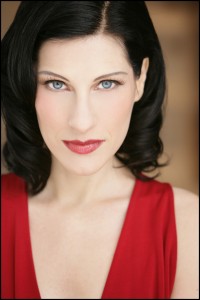 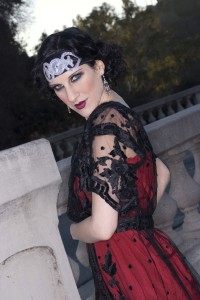 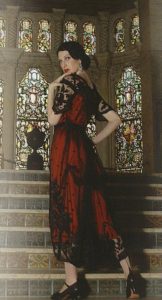